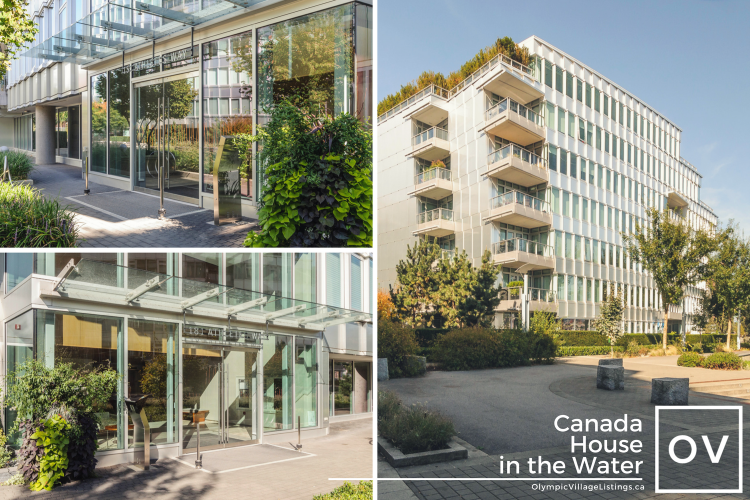 In today’s entry, we will be talking about the amazing, and ‘twisted’ architectural art that is the  Canada House in the Water building AKA Canada House.

This deluxe 2-building condominium was developed by Millennium and it has a prime waterfront location on 181 Athletes Way and 151 Athletes way. If we do a quick comparison between all the constructions on the original Olympic Village, Canada House is possibly the most luxurious one.

Just as all of its other sister buildings, Canada House was originally built as part of the Olympic Village development, to house the athletes that participated in the Olympic Winter Games of 2010, and after the games were over they became residential spaces.

Architectural art from a Canadian Legend

Canada House was designed by the late and worldwide-recognized Canadian architect Arthur Erickson. This development was one of Erikson’s last works, as he passed before seeing it finished. However, the construction honoured his design and genius: the unique shape of the Canada House is a staple of Erickson’s style: modernism in concrete, such as a sculpture. A twisted, almost impossible structure that unfolds with great grace is what makes Canada House one of Vancouver’s architecture staples.

Similar to the other buildings that make the original Olympic Village development, Canada House was designed with environmentally-conscious characteristics in mind. This made it win a LEED Certification, which is given to developments that are self-sustaining and generates its own renewable green energy and promotes a higher life quality that adheres to an environmentally-conscious lifestyle.

The exclusivity of living in one of Vancouver’s most beautiful waterfront buildings is not the only fantastic characteristic Canada House can offer. Just as its sister buildings, Canada House offers a vast number of amenities: easy access to Skytrain and Bus stations, fantastic streets for biking, a community full of events – and an exclusive clubhouse called “Gold Medal Club”. In this building, residents have access to: 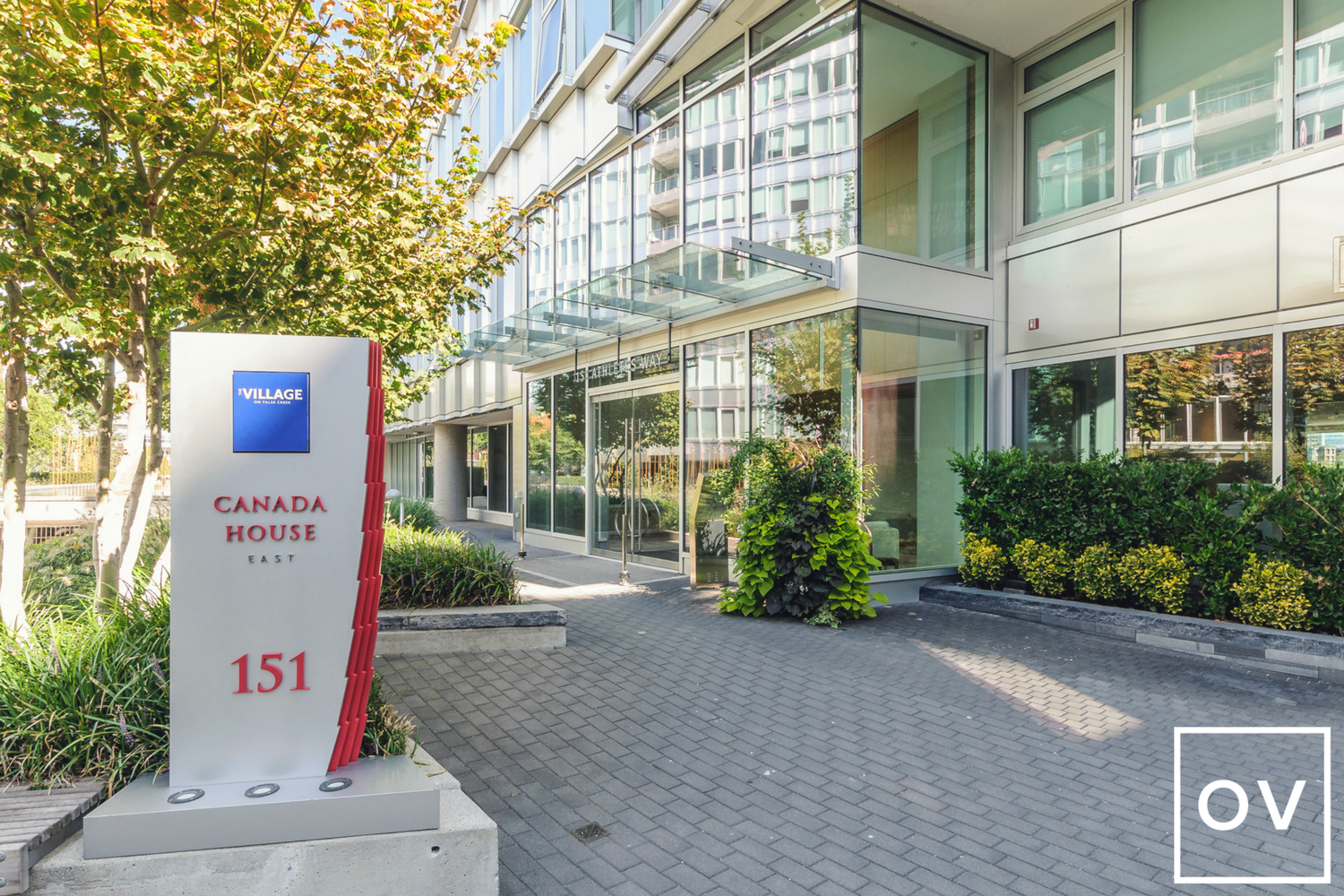 Luxury Condos for sale as of today!

As of November 17, 2017; Canada House doesn’t have any listings available. Check the building’s page regularly to be the first to see the newest listings. Those luxurious condos in Canada House are very rare to come by, and they fly fast!

Have you seen Canada House before? What do you think of the Olympic Village Neighbourhood? Let us know in the comments! 🇨🇦😀

Kevin O'Toole is a independently owned and operated broker member of Sotheby's International Realty Canada. This is not an offer for sale. Not intended to induce breach of an existing agency agreement.

2021 Olympic Village Listings, All Rights Reserved. Contents of this website, including the photography & videos, may not be used without written consent from Kevin O'Toole . Maximum effort is put towards the details but cannot guarantee, buyer to verify all details.